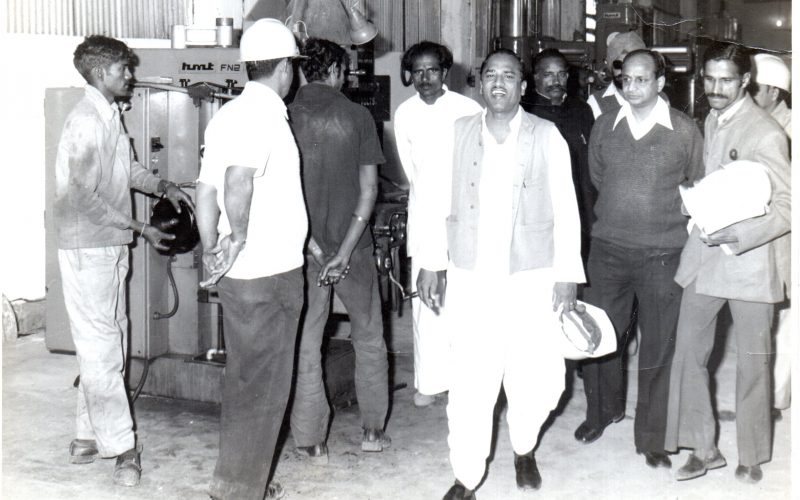 You have undoubtedly read the recent reports of crimes related to lynching in India, instigated because the victims, often innocent bystanders, practiced a different religion or lifestyle.

It reminds me of an incident that happened to me about twenty-seven years ago when I was an enthusiastic teenager growing up in small town India.

We were from lower middle-class family, with little in the way of worldly possessions, barring our beloved Bajaj scooter. I loved riding that scooter at any given opportunity, which was often without my father’s knowledge. My mother was my ‘secret keeper’. She always had great excuses to give me the chance to ride the scooter ride — sometimes it was grocery shopping or medicine pickup, or sometimes dropping her off at a relative’s place.

A family friend of ours lived in a nearby neighborhood predominantly occupied by a community of Muslim butchers (‘Kasaio ka Mohalla’ as people used to say). Visiting his place, was an anguishing experience. As we passed the shops, it was always unpleasant to see the beef, mutton, and chicken hanging on the skewers. The stench of discarded raw meat was accompanied by abusive conversations of those illiterate shopkeepers.

The disdain we felt for ‘those’ people had deeper roots. You see, we were mostly groomed by my mom with a nonacceptance of Muslims in our lives as friends.

But my father was different. Being as RSS volunteer and politician was accustomed to meeting and socializing with people from all walks of life. He would visit their homes and have friendly discussions over tea.

I was always curious as to why this doctor friend of my father, the only Hindu resident in an entire community of Muslims, lived there. He must have been very daring, or that’s what I presumed. My father soon explained to me that the doctor was the lone physician in the area, which is why the butchers would never harm him.

ne day my father gave me an errand which required me to visit the doctor’s house. I was excited to hear that since I was getting an opportunity to ride the scooter.

One day my father gave me an errand which required me to visit the doctor’s house. I was excited to hear that since I was getting an opportunity to ride the scooter.

Suddenly, I saw a young kid, about three-year-old, running on the road and crossing the street without watching any vehicle. There was little time to react. He ran into me, and the vehicle and I fell on the side of the road. Predictably, the kid started crying and screaming.

I found myself surrounded by an angry crowd of ten to fifteen people and they asked me my name. My innocent mind did not realize that revealing my Hindu name could be writing my death certificate. Once they heard my name, they started beating me mercilessly, with hands and feet. Some of them had large meat cutting knives in their hands.

I was so frightened, thinking that I could be killed by the angry mob; I peed in my pants. I started crying and tried explaining to them that it was not my fault. But, they were looking at me with such hatred that I could not understand what should I do.

Taking hold of my senses, I told them that I was going to meet the doctor. Thankfully, one of the men standing around suggested that I drive the kid with his dad to the doctor and pay for the treatment. The suggestion seemed to placate the mob, and I was only happy to do so.

The kid just had some scratches here and there, which the doctor said would heal soon enough, so it was no big deal.

But, I remember thinking, what if, I had been killed that day by those merciless butchers. With my imagination running wild, I thought it would have been my carcass hanging from one of those hooks in the meat shops. I thanked God and came back home with hatred imprinted permanently on my mind for this community.

Oddly, the terror I felt was accompanied by a sense of anger towards myself, so much that I could not even describe the whole incident to my parents. I told them that I fell from the scooter and scratched myself in the process. Although, I am sure my father must have gotten a detailed account of the incident from the doctor.

After twenty-seven years, when I look back at the episode, I still shudder to think what may have happened. There was a fine line between madness and sense that prevailed that day, and I was lucky to come out alive. But what happened that day was not because the mob surrounding me was predominantly Muslim; it happened because the people were illiterate and intolerant.

I have come a long way since my time as a youngster riding that scooter at full-speed in the narrow streets of India. I have had the good fortune of working and meeting with people from different parts of the world, including people from all religions. I understand that what I witnessed that day was a one-off incident of mob violence.

What scares me today is the general sense of ‘intolerance’ that prevails around us, especially in my home country India. When one or two people become intolerant and kill someone consciously, that is called murder. It is however far scarier when an entire community becomes “unconsciously” intolerant and violent, and when we try to hurt or suppress those whose lifestyle, choice of religion or even opinion, differs from ours.

There are no easy solutions to the growing problem of intolerance. I know in my case, uplifting my consciousness through spiritualism helped.

But tackling this menace at a social level will need a multi-pronged approach. First and foremost, the law of the land should protect victims of hate crimes, just like here in the United States, and in other developed countries. The judiciary should act fast to bring the perpetrators of racial or hate crimes to justice. Politicians must be held responsible for action taken on crimes of intolerance in their territories.

Recently, a video by BBC Family and Education News, showing how elementary school kids fail to notice issues of height, race, disability, or gender, went viral. While it’s heartening to see that, we must realize that our kids will at some point in their young lives confront the issue of racism, either as recipients or perpetrators of a racist act. Therefore, it’s imperative, that whether we talk to our kids about celebrating people for who they are, rather than letting differences in race, religion, ability, class, gender, divide us.

What do you think is the long-term solution(s) to the growing problem of intolerance in modern societies? Please share in the comments box below.