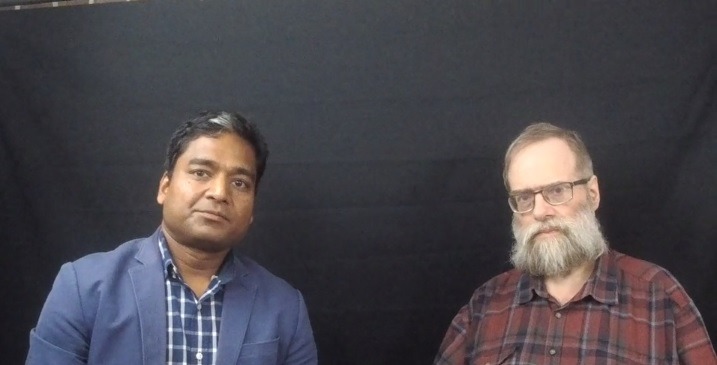 The British view was that there were two kinds of people involved. This was a typical colonial view, where on the one hand you have the enlightened colonizers (the British), and on the other hand, the natives who were childish and emotional. So, they thought that in England you can have discussions between Catholics, Anglicans, Protestants, and afterwards, you would shake hands, and each go their own way. In India, by contrast, people get emotional and violent, so it is best to just keep them from polemicizing.

That’s what also the Nehruvian elite continued to think after independence. They ( the Nehruvian elite) too saw themselves as a superior class of people compared to the unvoiced natives. This despotic attitude has continued. Despotism differs somewhat from tyranny in that despots think that they are doing it for the good of the people. Therefore, the thinking that it is better for the natives to be colonized, to be guided by a class of superior beings, who are more mature than them, who can tell them what is good for them, what they can and can’t do.

The same principle is applied to questions of separatism. For example, in England, you have an actual separatist movement in Scotland, that has already achieved a referendum, which they lost, but nevertheless, it was sound politics, and no one was killed over it.

So, in quite a few Western cultures, separatism exists, and this does not lead to violence. In the case of India again, you have the same reasoning. But the thinking that Indians aren’t mature enough to do that and that it would lead to violence, I think that is not correct. Indians are just as intelligent people as the rest of us.

Yes, Indians are ruling the world. They are the best entrepreneurs; they are the best executors working in top-notch companies.  I think the reference is to the masses, the people who are coming from the villages, people who become fan followers of some leaders. These people may be misled by speeches made by these leaders, which leads to mass agitations.

In India, as in other countries of the world, there are the highly educated people on the one hand, and on the other hand people who are less educated or are unable to comprehend things in the same way, like you and I may understand, in a broader context.  And in a country of 1.25 billion people, where 40 percent of the people are illiterate or have only primary education; and when they just follow each other, it quickly becomes a mob mentality. And if anyone takes a mike and starts speaking against the state for ten or fifteen minutes, it becomes easy to mobilize support for themselves.  That situation can become chaotic and lead to violence.

I have a higher opinion of Indian illiterates.Now I admit that my contact with them is very limited.  My Hindi is very broken Hindi, and sometimes the people speak a local dialect different from Hindi; so, my contact is limited. I do not have my finger on the pulse of Indian public opinion, certainly not real popular opinion. Nevertheless, I have often been impressed by the wisdom of ordinary people in India, and I don’t think it is they who start riots or situations such as in Kashmir.

You mentioned the example of an Indian student leader defending Kashmiri separatism in JNU (Jawahar Lal Nehru University). Now JNU is not a place where illiterates assemble; that’s where the elite assemble. The problem rather is with the so-called elite.

Yes, but that incident did not take a violent turn because they were intellectual people, who were raising slogans. There were people who came from outside who were trying to take advantage of the situation. The media also captured the happenings at JNU, but the reporting by media on the situation is not very clear. No one really knows what really happened and I think the case is pending with the court and the matter is being investigated.

But my question is that if the same incident (agitation) had happened in a remote location, it could have created a mass violent agitation, as it happened in the case of the ‘Ram Janam Bhoomi’ incident in India ( in 1992) where hundreds of karsevaks died.

Well, first of all, the most serious violence, namely terrorism,  does not happen in reaction to speeches at all. You see, they (the terrorists) are carefully prepared, they know what they are doing.

Yes, that is totally different, we are not talking of terrorism. We are talking about street violence and mob lynching.  You wrote a book on the Ram Janam Bhoomi incident where karsevaks died. My father was there as well and was lucky to have survived, but he saw people dying in front of him. The bullets were fired by the state.

Dr.Elst: The soldiers firing those bullets were not reacting to some speech.

But that mob frenzy was created by speeches made by different leaders during the whole Ram Janam Bhoomi movement.

Well, then I think it is the responsibility of citizens to calm hot-headed agitators down. I still don’t think that the state should prohibit the speech. If a speech leads to explicit calls to violence, then there are curbs in many countries, not just in India, and that is an acceptable form of a curb on freedom of speech. So, in ultimate extreme case, you can argue for the state intervening against the agitators.

In general, I would interpret the right to agitate as broadly as possible. So to make my point really clear, I still think that to agitate for breaking India into two pieces is wrong, but it is the responsibility of citizens of India to intervene, to counter them, to speak the truth, to talk in favor of unity and integrity of India. But the state should not prohibit the speech.

But what happens when people who don’t like the speech, take matters in their own hands and start throwing stones on those leaders making such speeches.

That is still no reason to prohibit the speech because that way you give veto power to whoever is ready to take to violence. If the state in that case says, ‘Oh watch out, there is a group willing to commit violence, therefore the other side is not allowed to speak’, that means that you can shut anybody up by threatening violence.

K.J:  Don’t you think it is the duty of the state to provide protection?

It is the duty of the state to provide protection to the speakers, to protect freedom of expression. In America, during the agitation for civil rights, there was a demonstration planned in the southern United States. A lot of resistance was expected from natives of that place, and the mayor stated that he will not allow this demonstration because he could not guarantee the safety of the demonstrators. This matter was bought to the courts, and the judge ruled that it was the duty of the mayor to protect constitutional rights, including the right to demonstrate peacefully. Therefore, the mayor must guarantee the safety and do what is necessary (call Federal troops if need be) to protect the rights. He should not side with the people who threaten violence, but he should side with people who exercise their freedom of expression. That was a very correct decision, and it is in that spirit that this kind of problem should be approached.

So, to take home a message from that, first and foremost, there must be a clear distinction between whether the right of freedom of expression is being used against the state or against the nation. And the people who need to make that distinction is the law and order i.e. the police and the military personnel whoever is controlling the situation. They must ensure that they know what kind of language is being used and whether there has been a call to violence or was the speech given to convince people to act against the state. Is that a fair statement to make?

But there again, you see the same colonial reasoning. All intelligent people can make the distinction (about what should be allowed), but the rebels should be held back. Well, I disagree.

In the prevailing culture of debate, people should be made to be more tolerant of differences of opinion, and education can certainly make a difference in the long term. But the situation is not serious enough to make it legitimate for the state to curb freedom of speech.

K.J: With that, we end this session.